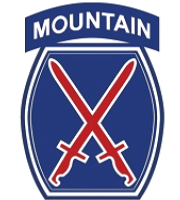 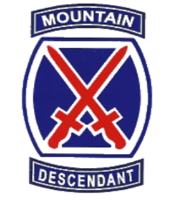 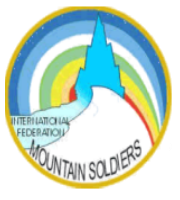 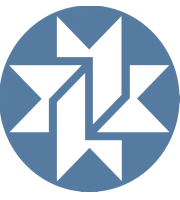 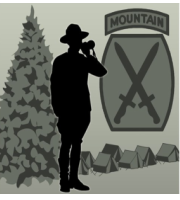 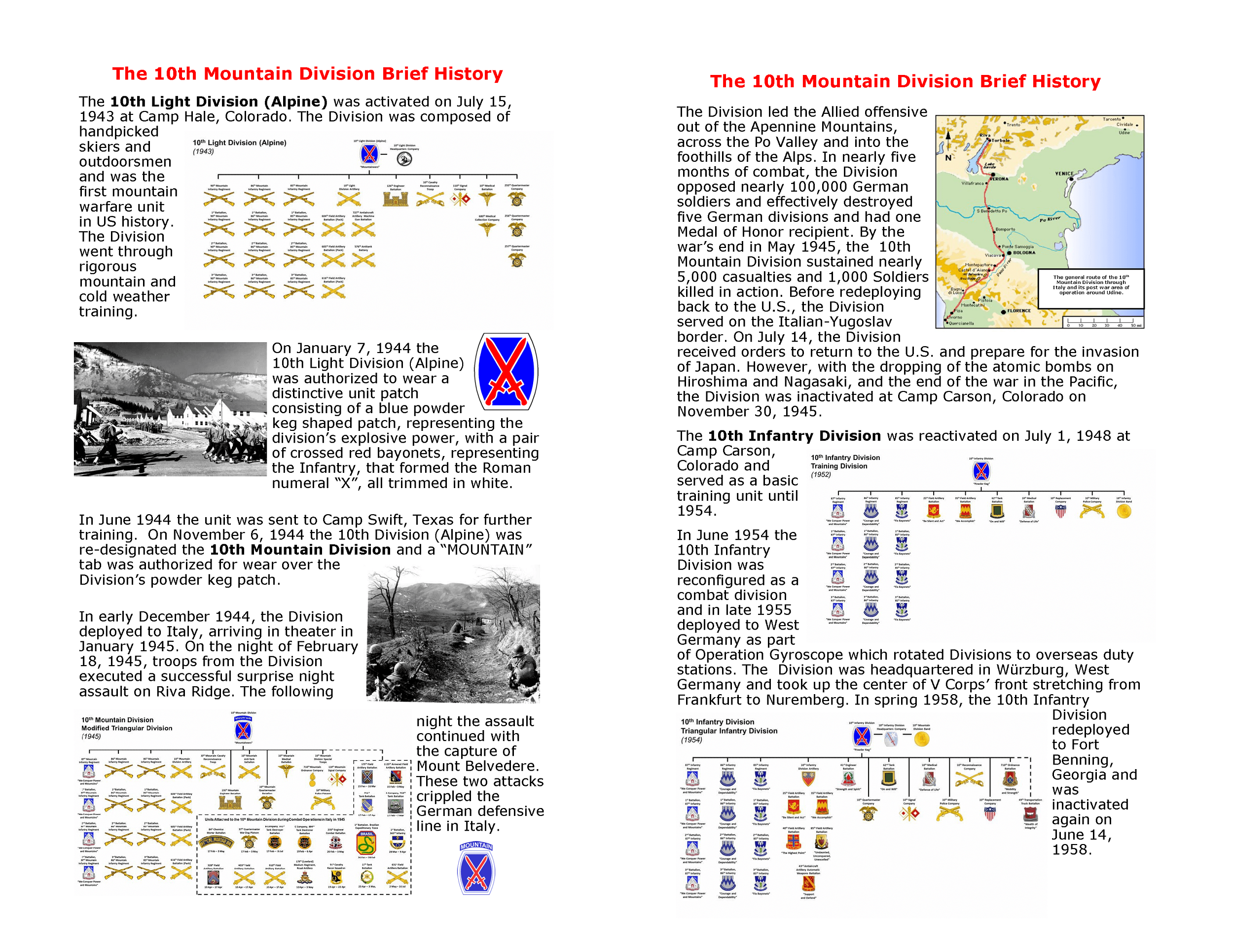 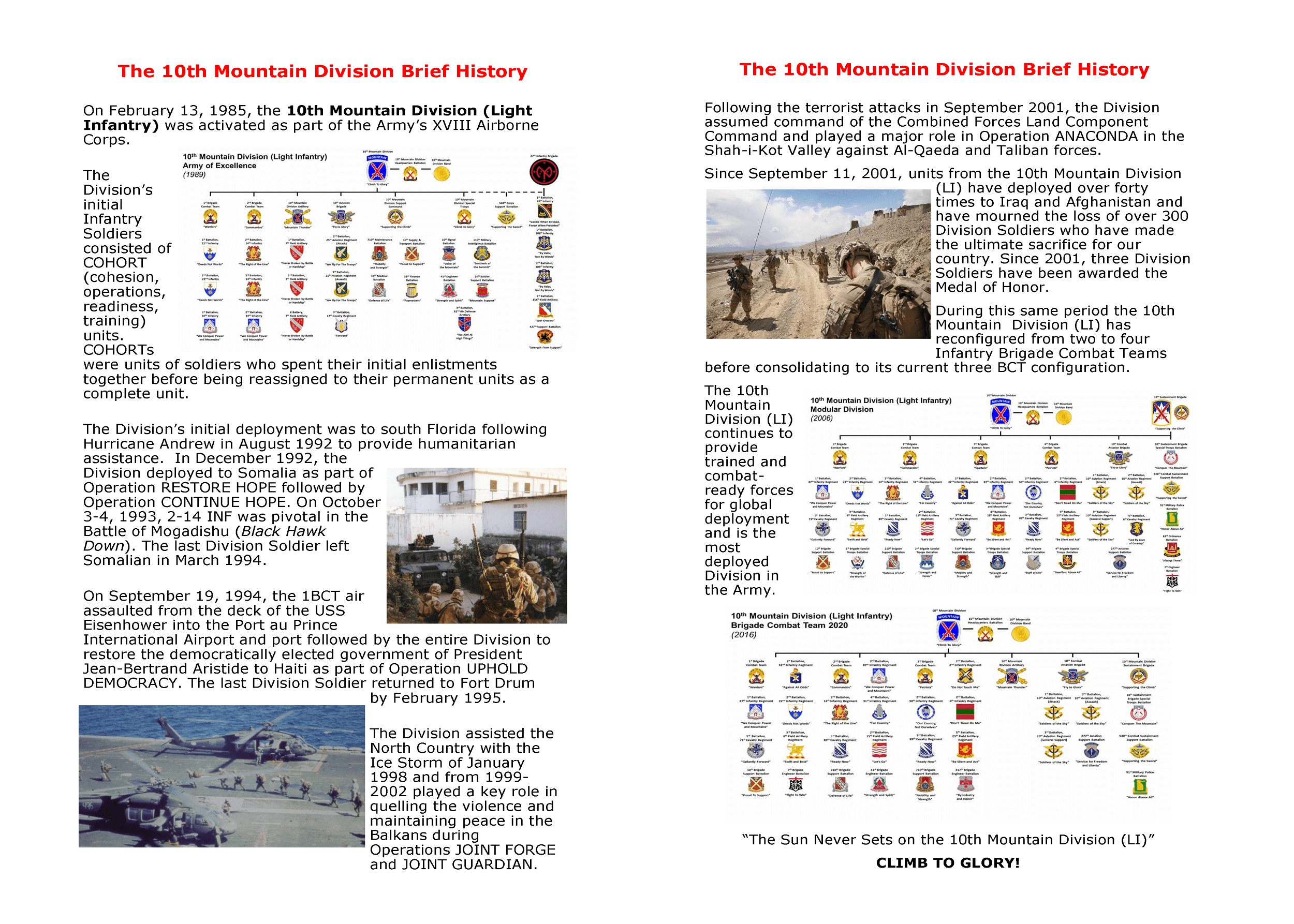 The 10th Mountain Division (Light Infantry) is a light infantry division in the United States Army based at Fort Drum, New York. Designated as a mountain warfare unit, the division is the only one of its size in the US military to receive intense specialized training for fighting in mountainous and arctic conditions. More recently, the 10th Mountain has been conducting operations in Iraq, advising and assisting Iraqi Security Forces.

Originally activated as the 10th Light Division (Alpine) in 1943, the division was redesignated the 10th Mountain Division in 1944 and fought in the mountains of Italy in some of the roughest terrain in World War II. On 5 May 1945 the Division reached Nauders, Austria, beyond the Resia Pass, where it made contact with German forces being pushed south by the U.S. Seventh Army. A status quo was maintained until the enemy headquarters involved had completed their surrender to the Seventh. On the 6th, 10th Mountain troops met the 44th Infantry Division of Seventh Army.[3]

Following the war, the division was deactivated, only to be reactivated and redesignated as the 10th Infantry Division in 1948. The division first acted as a training division and, in 1954, was converted to a full combat division and sent to Germany before being deactivated again in 1958.

Since 2001, the 10th Mountain Division (Light Infantry) has been the most deployed unit in the US military.[4] Its combat brigades have seen over 20 deployments to both Iraq and Afghanistan in support of Operation Iraqi Freedom and Operation Enduring Freedom.

The 10th Mountain Division is a light infantry division in the United States Army based at Fort Drum, New York.